Co-creation event about water sustainability concerns and hopes in Italy

On Thursday 22 September 2022, a live online co-creation workshop was held with members of Acquedotto Pugliese. The agenda included an overview of Project Ô and a group discussion to unearth perspectives on water sustainability concerns and hopes. Project Ô’s water filtration technologies have been installed at the Cozza Guardati well in Lecce, in southern Italy’s Puglia Region. 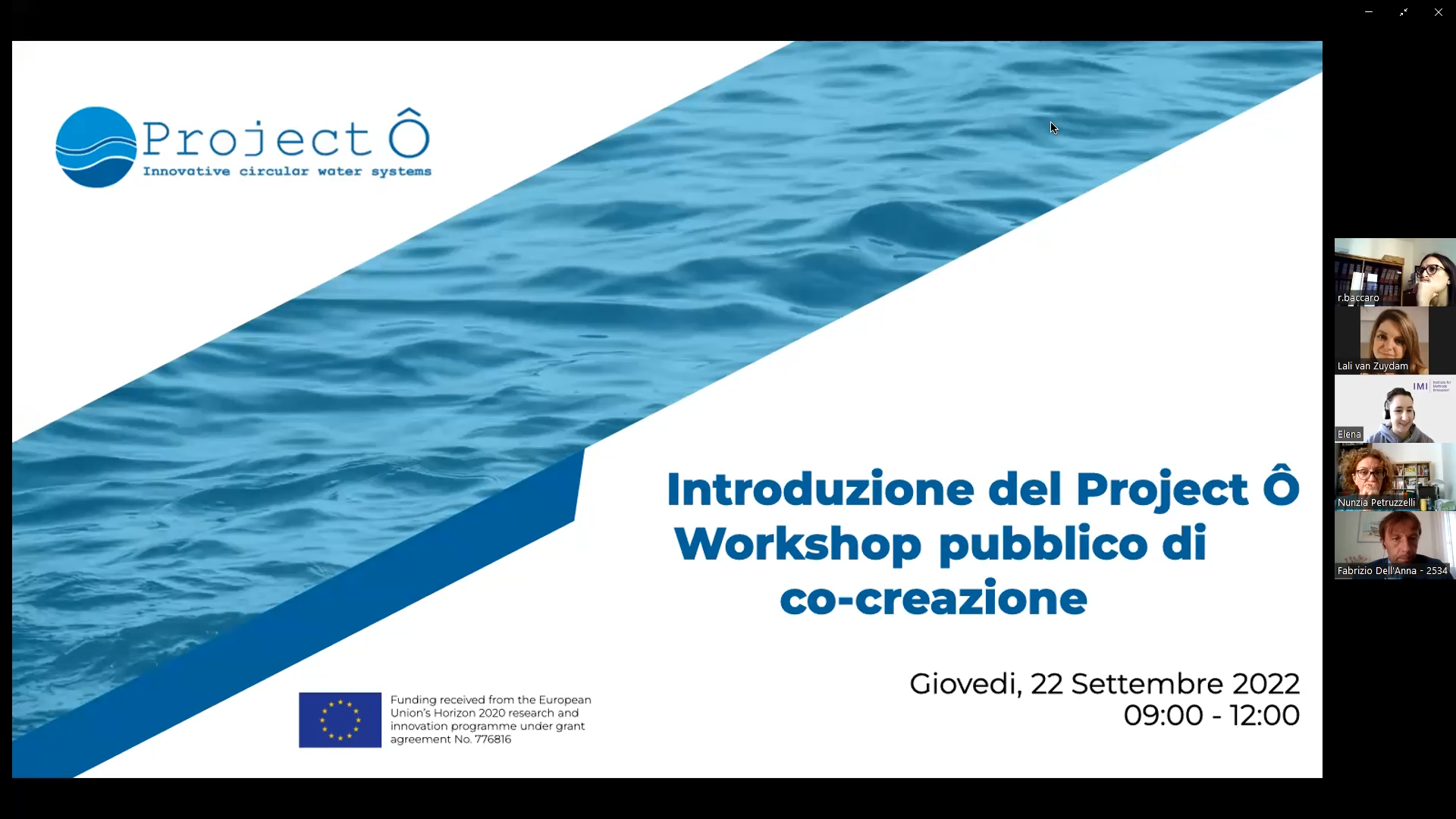 Groundwater resources, like aquifers, are an important source of freshwater. Such groundwater supplies over 200 wells in southern Italy and have helped to sustain the Puglia region for years. Over time, though, these wells have become contaminated with seawater and harmful bacteria. In addition, these wells are located too far away to rely on existing water treatment plants. Project Ô technologies remove harmful bacteria and excess salt from the water. It also reduces potential harmful levels of pesticides and pharmaceuticals that could be present in the water, making it clean and safe for essential human needs such as drinking and farming.

Watch this video about the water treatment module installed in Lecce, Italy: 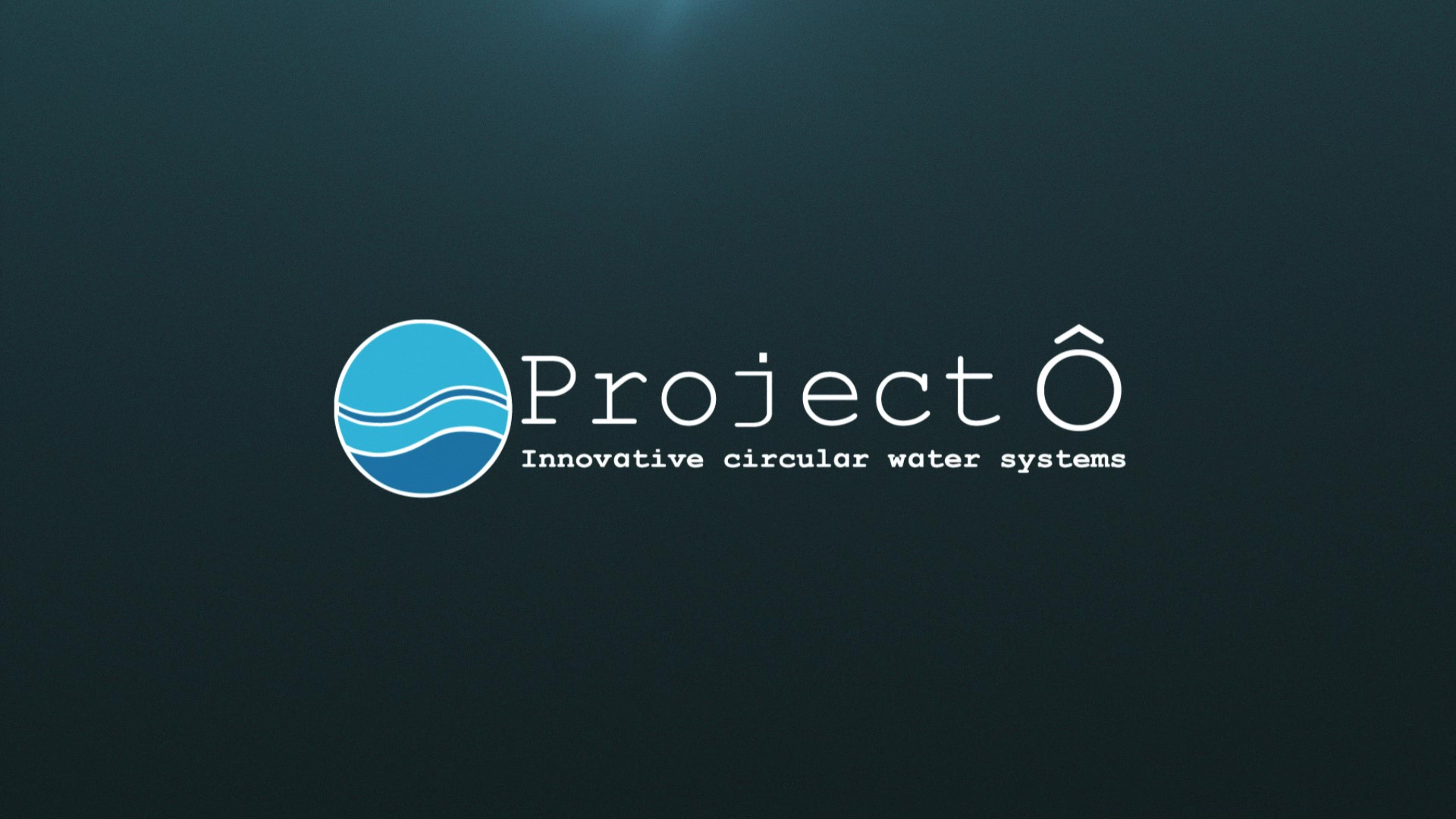 The group discussion allowed stakeholders to go into more depth on certain topics, such as the benefits of engaging with Project Ô technologies, impacts on local water chains and the environment, as well as communication strategies to raise public awareness. This event allowed Project Ô to identify attitudes and expectations, anxieties and pre-knowledge about sustainability aspects of water management among stakeholders from Acquedotto Pugliese.

The final stage of the event was a co-creation activity in which participants were asked to create and share news stories about either the future of water sustainability in their local areas or innovations at the demonstration sites. Participants wrote a fictional story about the need for more water treatment plants in the region to meet the demand of citizens and farmers.

BY POPULAR DEMAND FROM FARMERS, A PNRR OF WATER IS BEING ENCOURAGED

The plan of investments and incentives for water reuse is adopted by more than 90 percent of Apulian farmers. There was a change of hearts, and farmers are now looking forward to using water from water treatment plants in the Apulia region. More plants are already under construction to meet this huge demand. In 2021, only 5 plants were active in giving water for reuse. To date, in addition to the 18 projects already underway, all water treatment plants have been retrofitted. The impact is huge: from 2020 to now, water reuse has increased from 5% to 80%.

How was this possible?

Citizens first began to retrofit their homes for water reuse. Farmers, inspired by this exemplary behavior, have aligned themselves in reusing water in their working environments as well.

Let's get in touch

Give us a call or drop by anytime, we endeavour to answer all enquiries within 24 hours on business days.

If you want to get a free consultation without any obligations, fill in the form below and we'll get in touch with you.